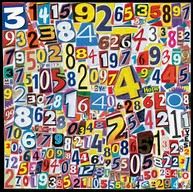 Here are some problems to solve.  Have fun!

Katherine liked eating goldfish crackers.  She wanted to find out what her total was for the week.  She ate 39 in the morning and 37 in the afternoon on the first day.

The next day she ate two times as many goldfish.

On the third day she only ate half as many goldfish as she had on the first day.

How many goldfish did she eat altogether in those three days?

For the remaining four days of the week she ate 55 goldfish each day.

How many goldfish did Katherine eat in the week?

How many Lego bricks did Edward use altogether to build his village?

How many Lego bricks were left in the bin?

There are twelve books in the According to Humphrey book series.

Three of them have 176 pages each.

Three of them have 152 pages each.

The other four books have 144 pages.

How many pages are there in the series of books altogether?

If Estella read half of the total number of pages in all 12 books, how many pages would she have read?

Justin and Sophie were cleaning up the beach.

How much trash did they collect altogether?

How much was left for the trash can?

Brady collected 24 stones.  He sorted them and divided them in 3 even rows.

How many stones were in each row?