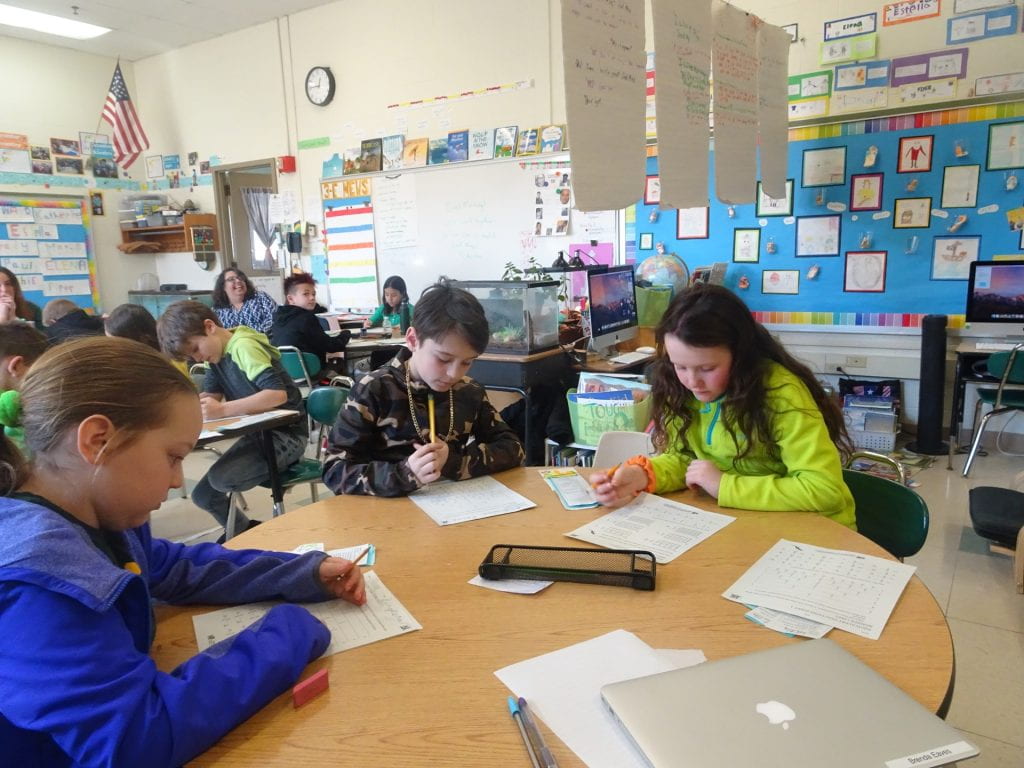 We’ve had a full week. Thanks for your support of Spirit Week. That’s been a fun way to lead into vacation.  We’ve continued to learn about fractions.  We’ve compared them and looked for equivalent fractions as well. We’ve begun to learn upper case cursive letters.  The children are excited to write their names.   It is fun to see cursive appearing here and there as they write.

This week in as part of our Social Emotional Learning we discussed the difference between tattling or telling, which we call advocating.  We’ve talked about the size of the problem and how to behave responsibly around each other.  Being respectful of each other is something that is always a top priority. 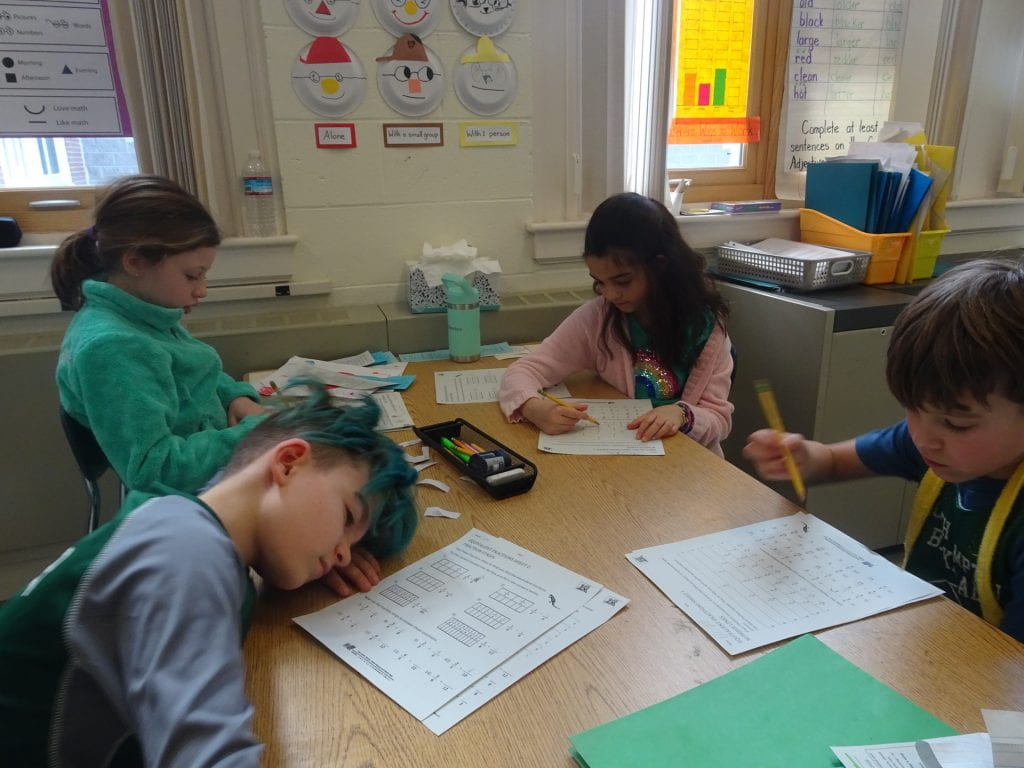 We’ve learned about the three main cloud types and are beginning to notice and name them as part of our morning routine.  We hope to become more aware of the changing weather around us.

The children are well into their Global Geography research.  Many of them have begun to create the pages of their travel journals. This week I asked them to share an interesting fun fact and illustration about their country to include in the note home.

Justin – Panama’s canal is the only way for people to go from the Caribbean to Alaska without going around South America.

Max – The Nile is the biggest river in Egypt.

Sophie – In Thailand they have a day where they get wet.  They use anything that can with water to wash away the mistakes from the past year! 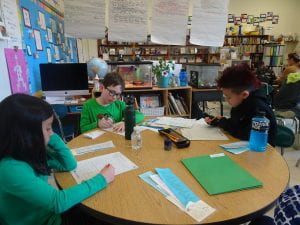 Katherine – Some people think pink dolphins don’t exist, but they are in Brazil.

Paul – The Eiffel Tower is in France.

Landon – Greece is known for its olive tree Olympic crowns.

Holden – Australia has a lot of wild fires.

Edward – Did you know that people live in Siberia, Russia in the winter even though the temperature is sometimes – 50° Fahrenheit! 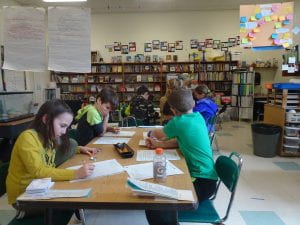 May – The kiwi bird and fruit are found in New Zealand.

Estella – China has the biggest skyscraper!

Javey – The Emperor lived in the Forbidden City.

Landin – The potato is the most common food in Peru.

Anna- Iceland has lots of hot springs and geysers.

Van – France is known for the Eiffel Tower.

Have a wonderful break.  See you in March! 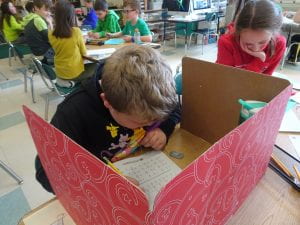 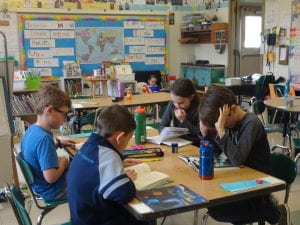 Happy Valentines’ Day! I am grateful for your patience and support during these last few weeks.  My father remains in the hospital, and is recovering slowly but surely. My mother has been glad to have me with her as she waits from him to return home.  I hope this part of my life will settle down next week and I’ll be more certain of time I can offer to reschedule our parent-teacher conferences. I will reach out to you in the middle of next week.  My goal is have all of our conferences completed by February vacation.  Thank you for your kind understanding.

S.E.L. – Learning How To Deal With Problems 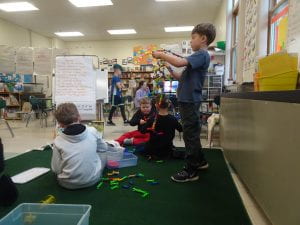 Our Open Circle discussions have been focused on discussing how to positively deal with “annoying” behavior.  We’ve been learning how to respond in ways that can be both firm, and kind.  We are trying not to just say, “Stop it.”  We are trying to say, “I am _______ when you _____.  Could you please ____” It is challenging to remember all of this steps when annoyed. It can also be challenging to accept the statement with grace. 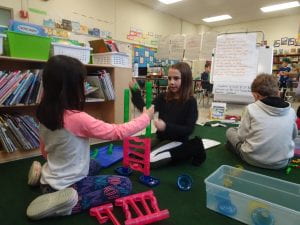 We’ve continued our study of comparative and superlative spelling rules.  This has been a great review of long and short vowel sounds and syllabification rules. We need to know vowel sounds so we know when to double the final consonant before adding the suffix.  And we need to be able to count syllables so we know when to use more and less and most and least.  We’ve had fun collecting adjectives as we read and changing them when adding –er and –est. 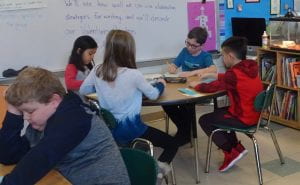 Adjectives are an important part of using elaboration strategies.  We’ve begun to notice them more in the books we’ve been reading and we’ve come to realize how important they are.  Adjectives really help paint pictures in our readers’ minds.  They are the words that help our readers understand our meaning and intention.  During our comparative/superlative work, we’ve been collecting them from books we’ve been reading.  There are a lot of adjectives there – some on each page.  We have realized we don’t use many adjectives in our own writing and we’re trying to be more mindful of that.

We are also thinking about adding action, dialogue and inner thought to our independent writing of narrative stories.  We are learning more about the craft moves that will allow us to elaborate more when writing informational text as well. 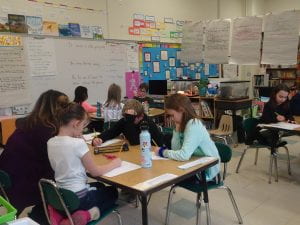 We hope that the children will have completed the research portion of the global geography project by the time we leave for February vacation.  Many of the children are in a great place for that.  A few of the children, though, have used their time scanning images and listening to short videos rather than actually choosing places to learn more about in detail.  If you have a chance, talk to your child about the landmarks they have discovered. If they don’t know any, or can only tell you the name of the historic event or national holiday, it would be greatly appreciated if you would encourage your child to spend more time focused on discovering the facts and details.  Digging deep and trying to understand is challenging. There are so many new words and difficult ideas to understand it can be a struggle to read for understanding.  Please encourage your child to use books, if they have them.  These are much more focused than the Internet resources. While less glamorous, they can be easier to understand. 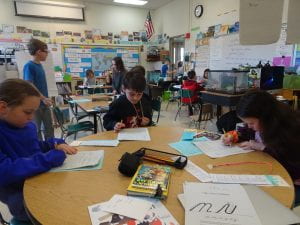 We’ve begun to learn about weather.  We’ve been reading about how air, water and heat interact to create weather.  This week we’ve begun learning about clouds. We’ve discovered the three main types: cirrus, cumulus and stratus.  And we are learning how to identify them and the huge variety of combinations as they give us a hint about how to predict changes in the up-coming weather.