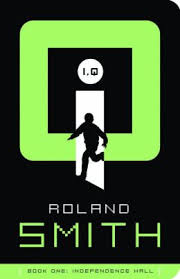 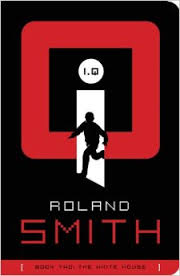 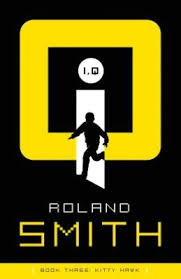 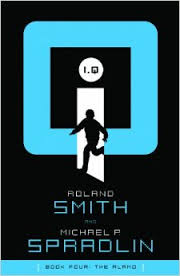 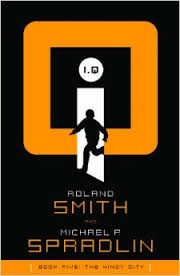 It’s late in the

afternoon because I wanted to finish  The Windy City – IQ 5 before I wrote the post.  I wanted  to see if it was something you’d like reading.  I think it is!  IQ is a series of six books by Roland Smith.  The series is full of action, mystery and excitement.  Q (short for Quest) and Angela have recently become step-brother and sister.  Their parents are musicians  and their new songs have rocked to the top of the charts.  The band is touring the United States.  Q and Angela are traveling with them, but something is up.  A terrorist ghost cell seems to be following them wherever they go.  Philadelphia to Washington DC to Kitty Hawk and San Antonio and now Chicago.  Somehow Boone, who manages the roadies, takes care of things.  He’s not what he seems.  Is he FBI, CIA, something else?  Is he who he says he is?  He shows up in the strangest places and in the strangest ways.   Can he be trusted?   It will take until the last book to know. (I’ll be starting that one tonight!)  The six books are all one story, so you do need to begin with the first and read on.  IQ is fast paced and exciting, full of espionage and gadgets. If you’re up for an action-packed adventure make sure you give IQ a try. 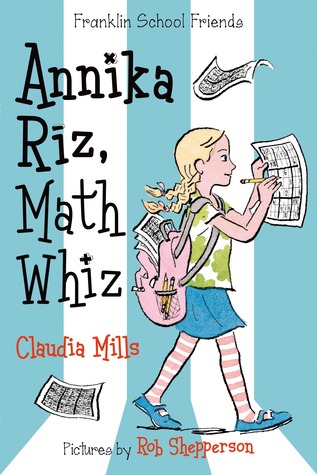 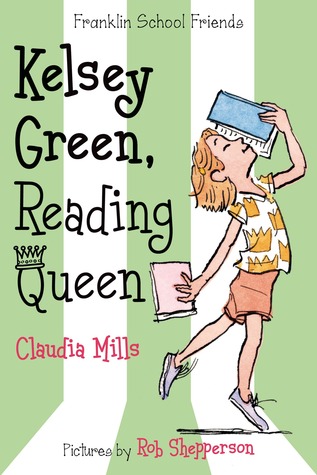 Kelsey, in Kelsey Green Reading Queen by Claudia Mills loves to read.  She reads whenever she can, especially when the principal announces a school-wide reading contest.  If the students from Franklin School can read 2000 books in one month he says he’ll shave off his beard.  That’s pretty amazing.  It is sort of his trademark.  Kelsey wants to be the top reader, but she also wants her class to be the top reading class and that leads her to do some amazing things – some good and some not so good.  You’ll have fun reading this first book in the Franklin School  Friends series.

Annnika Riz, Math Whiz is the second title in the series.  Just as Kelsey loved to read, Annika loves math.  She sees the beauty of the patterns and the usefulness of numbers.  She loves fractions and decimals.  She knows that numbers or precise and dependable.  Annika hopes to win the city sudoku contest and she hopes to contribute to the school carnival.  Some things work out and some things don’t.  You’ll have to read it to see how it goes.  The kids in this class are like kids everywhere – they have their strengths and their weaknesses – but they are totally better together! 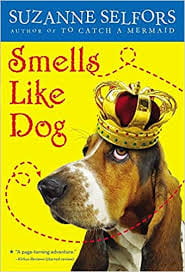 Suzanne Selfors writes the Imaginary Veterinary series that some of us are reading in book clubs this month. I wondered if her other books would be just right too. That’s why I got Smells Like Dog. This is a great story is great ~ the first book in a trilogy. It begins with a letter from the author letting you know it isn’t a sad dog book so you don’t have to worry about that. It also begins on a Sunday morning at the Pudding (that’s the family’s last name) goat farm in Milkydale where no one it seems is particularly happy.  It just is, what it is. And then everything changes. First here is untimely death of Uncle Drake.  Then Homer inherits his prize possession, a basset hound.   And next, the delivery of a silver invitation from the Museum of Natural History pulls Homer from his ordinary, boring, farm-life into a treasure hunting life in The City. Coins, cloud machines, lairs, allies and villains. It’s quite an adventured a series, you won’t want to miss.