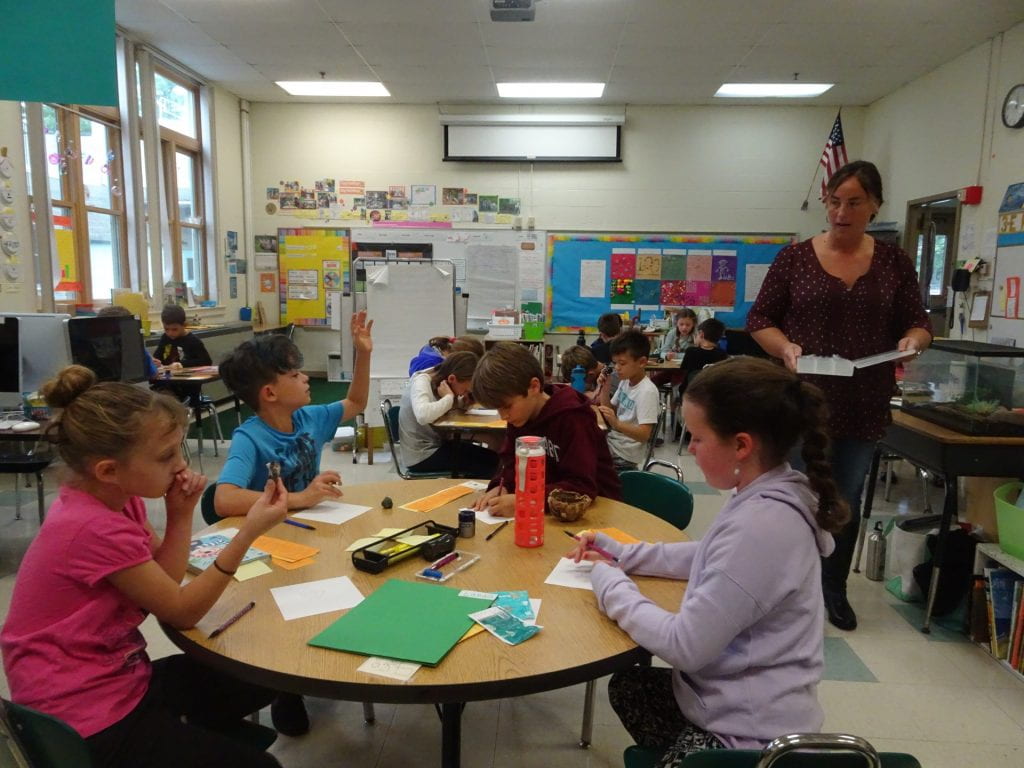 We’ve had another full week. We’ve got lots of initiatives going. We are preparing for student led conferences during the week of October 21 and that means a lot of data gathering on the children’s part to establish their starting points for the year. We’ve continued to explore MI theory and to discover how each of us is a unique combination of math, art, word, nature, music, body, people and self smart.  We look forward to sharing with you at the conference.  Of course we’re reading, writing, solving problems and learning how to make responsible choices so everyone can make the best use of our time learning together. 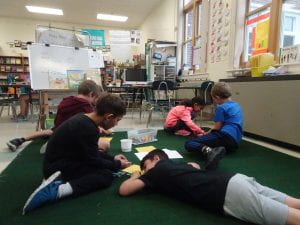 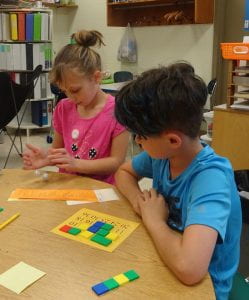 We also learned about ratios and how they define an expected relationship between to things.  We discovered that’s another tool where multiplication helps.  If we expect that 1 bicycle means 2 wheels, then we can also expect that 4 bicycles means 8 wheels and 12 bicycles means 24 wheels.  Twos are easy to imagine because we can all count by two’s pretty easily. We created ratio charts for challenging amounts as well so we can use them to guide our future work with multiplication as we work to master the concept and learn the hundred facts. 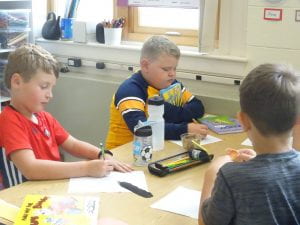 This week we began exploring the six traits that all quality pieces of writing have:  ideas, organization, voice, sentence fluency, word choice and conventions.  After reading about each one of the traits the children selected one or two that they would like to focus on and set goal around.  And we began learning about them.  We’ve begun with ideas.  We are learning what it means to choose strong topics, to use interesting details and to stick to one topic so the writing is clear and understandable.  We have lots of questions.  Where do ideas come from?  How are they developed and planned?  Are ideas always in words, can they come from pictures too?  How can we collect ideas? 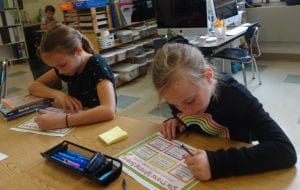 We began my describing one object.  We are able to pass it from person to person and collect 16 different descriptive words about that one small thing – it was a shell.  Next the children each chose an object to describe and finally we work to draw the object as a scientist would.  We watched a video call Austin’s Butterfly as a way to inspire each of us to work toward excellence by taking each project step-by-step and getting advice along the way. We hope to finish our drawing and descriptions next week