Skip to content
HomeIt’s Monday – here are some books to enjoy!

If you like realistic fiction, Claudia Mills is the author for you.  Her characters are true – just like kids in our classroom and school!  Nora is from a family of scientists. She observes, questions and notes things around her.  She’s about to become an aunt, and so her notebook is full of things about babies at home.  She’s also looking forward to (and planning on winning) the upcoming science fair at school.  But changes in the rules partners her with pink-loving Emma. Ugh!  Nora’s world is thrown even more off kilter by the role and fate of the character she been given for the Oregon Trail project.  Science experiments with variables and constants meets pinkness and baby visitations.  Just when you think Nora can’t stand another thing… turn the page to see what happens.  Nora is strong and opinionated – so is Emma.  Read The Nora Notebooks – The Trouble With Babies to find out how they work through their issues.  You’ll be glad you did. 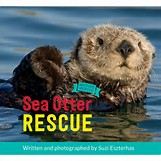 Last summer I discovered books by Suzi Eszterhas.  She is a wildlife photographer and conservationist. She uses some of the money she raises through books sales to support wildlife organizations and rescue operations throughout the world.  This summer I’ve added two books to that collection.  Sea Otter Rescue takes readers to the Alaska SeaLife Center in Seward, Alaska.  We learn about efforts there to save orphaned sea otter pups found stranded and alone on the shore.  It takes many people, each doing a  special job, to rescue the otter pups and prepare them for the places they will live for the rest of their lives.  Did you know adult sea otters are the size of German shepherds?  Did you know that otters are born with a coat of super-thick fur called a “float coat” so they won’t drown?  You’ll learn lots about both otters and the rescue mission conducted by the wildlife team found on the shores of Resurrection Bay. 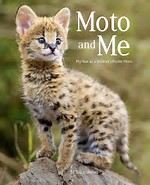 The second book is Moto and Me – my year as a wildcat’s foster mom.  While on the Masai Mara in Kenya to photograph and write about animal life there, Suzi became the foster mother to serval kitten.  Moto (fire in Swahili) was separated from his family by a fire racing across the savanna.  At two weeks old Moto needed specific care.  First he needed to feel safe and cared for as part of a family.  Then he needed to learn how to survive by being able to come and go as all serval kittens do.  Over the course of eight months Moto learned how to survive in the wild.  One night Moto went out on his nocturnal hunt and did not return to Suzi’s tent.  He was later seen by other rangers who knew him.  Moto, now an adult cat, was on his own in the savanna.  I learned so much about servals and more about how humans impact the environment – sometimes help, isn’t.

This week I read a lot of fun picture books.  You’ll have fun reading them too.  Check them out in the library side bar.  Share 7 Ate 9 – the Untold Story with your family.  There are so many hidden math puns in the words and illustrations it takes a while to catch them all.  World Pizza is also a fun twist on a wish gone awry by a sneeze – peace…, pizza…  It may not be that bad.