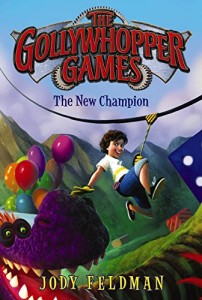 Gollywhoppers is a toy company. They’ve been around for 150 years creating some of the best games and toys around. Last year they held The Gollywhopper Games and Gil Goodson was able to win the games, while also uncovering the untruths that had led to his father getting fired. This year’s games are surrounded by just as much excitement and intrigue as the contestants from all over the country answer questions, win races and solve puzzles until the hundreds of thousands of players become 10 and then 5 and lastly 1 – The New Champion. Cameron has an older brother, Spencer and a younger brother, Walker. He is most comfortable behind a video camera noticing the whole scene and zeroing in all the details. Seeing the world that way is settling, quiet and ordinary. There is nothing quiet about being chosen to participate in the Gollywhopper games. In fact, Cameron wouldn’t be if his brother hadn’t entered his name – hoping then that he’d have two chances to be chosen. It didn’t work that way and now that Cameron is part of the games part of him hopes he will finally do something that will be recognized and he’ll be more than Spencer’s weird brother. Of course nothing works out that easily in real life and it doesn’t work out that easily in books either. That’s especially true for Cameron when Spencer wins a “walk-in” spot in the games. Then Cameron has to decide what is more important – being a brother, being a competitor, or some of both. 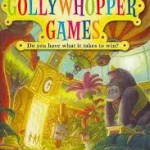 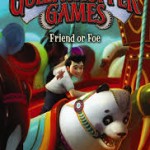 I am looking forward to finding the reading the third in the series. They are exciting and fast-paced page turners.   I hope you’ll give them a try. You’ll be glad you did.

PS – for other books suggestions  check out the bookshelf sidebar.  They’re great too!